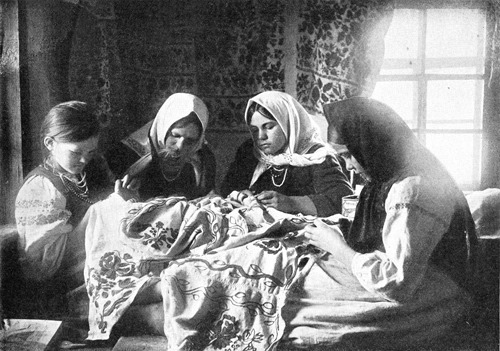 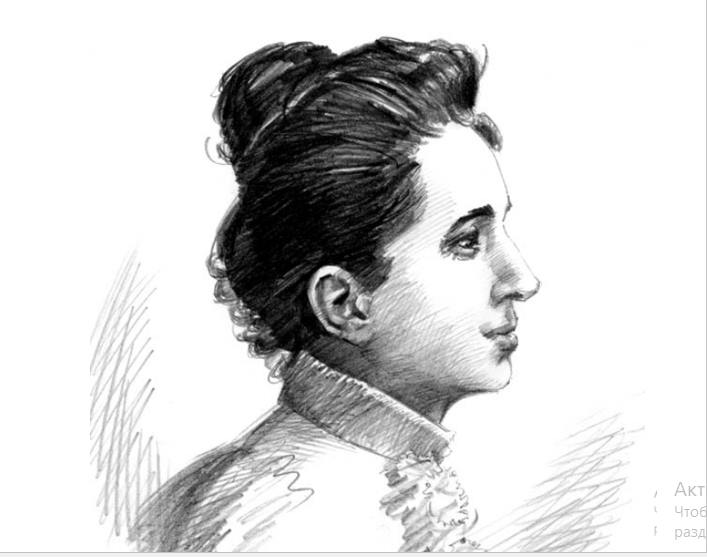 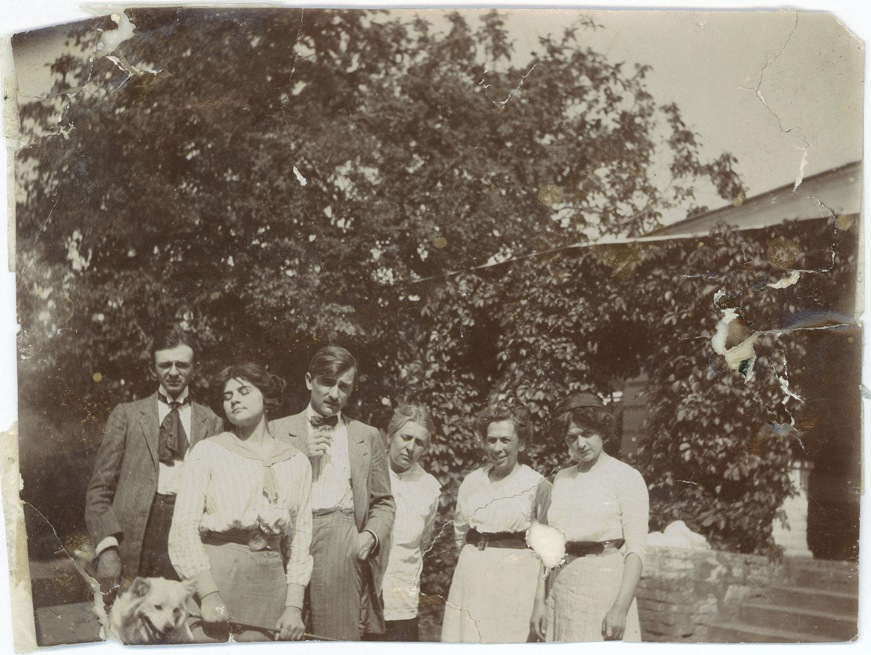 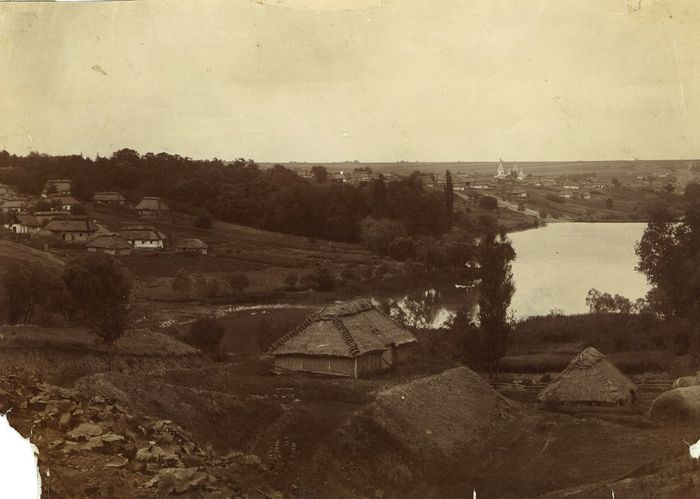 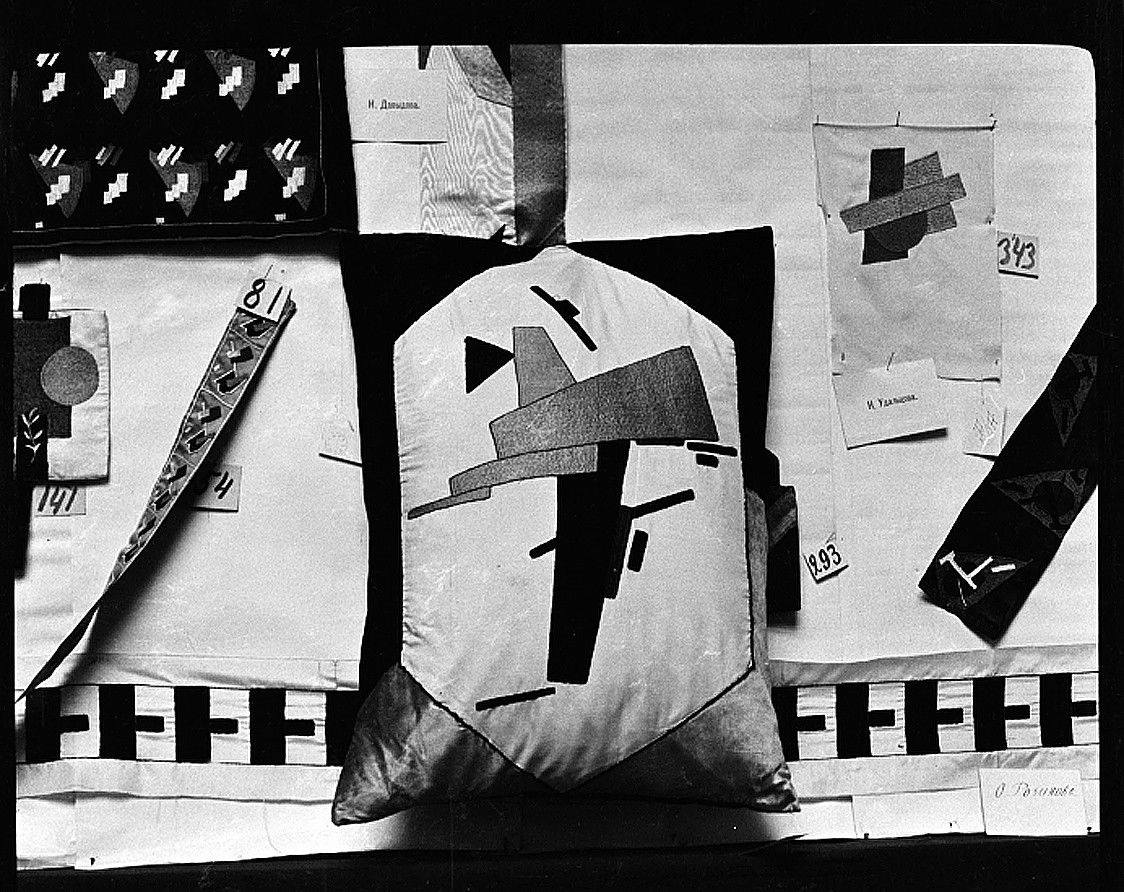 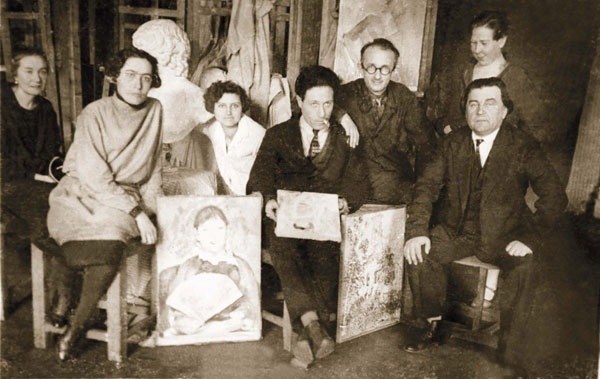 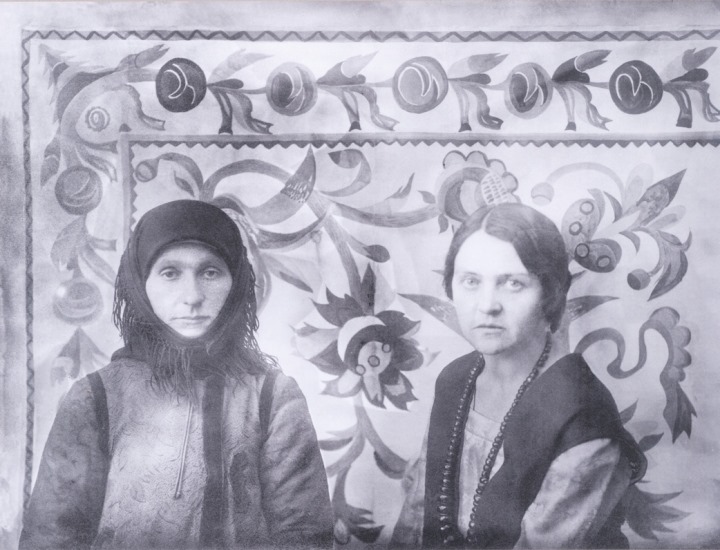 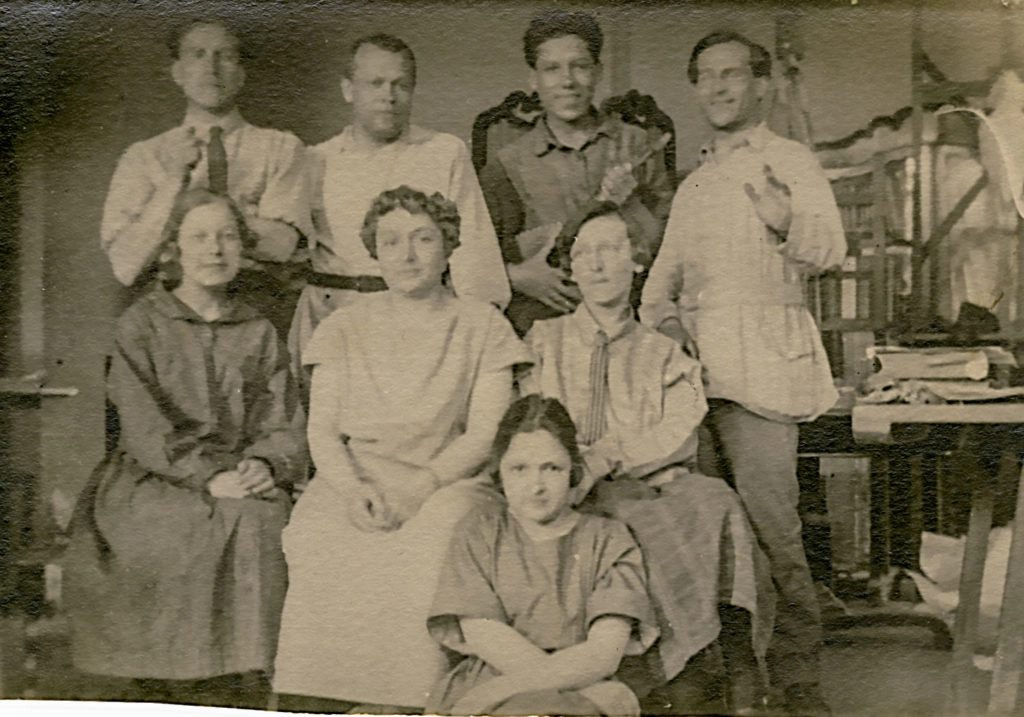 Ukrainian Embroidery of Avant-Garde is a unique, though little known, phenomenon, which has arisen in cooperation between Avant-garde artists and Ukrainian folk handicraft masters, who worked at the beginning of 20th century. Large scale creative experiment took place on Ukrainian soil, in Kyiv and Poltava Governorates, but its results was well appraised in Europe. However, few contemporary people know that famous suprematism Avant-Garde artists, such as Kazimir Malevich, Alexandra Exter, Nina Henke-Meller, and others had been creating drafts for embroideries produced in Ukrainian folk handicraft cooperatives in Verbivka and Skoptsy villiges. On the other hand, original folk masters, such as Vasyl Dovgoshiya, Yevmen Pshechenko, Hanna Sobachko-Shostak, also undertook unprecedented art experiments to find new types of art embroideries.

Ukrainian Embroidery of Avant-Garde has arisen in cooperation between Avant-garde artists and Ukrainian folk handicraft masters, who worked at the beginning of 20th century

Folk handicraft workshop was Natalia Davydova’s business for life. Her interest in folk embroidery was not casual. At the end of XIX and beginning of XX centuries educated representatives of Ukrainian society, such as Natalia Yashvil, Julia Gudim-Levkovich, Varvara Khanenko, Natalia Shabelska, Katerina Skarzhinska, Olena Pchilka (mother of Lesia Ukrainka), considered their responsibility to revive and promote folk Ukrainian art. There were collections of old pieces of folk art in their mansions. They have established handicraft cooperatives and schools, donated funds for archeological excavations, conducted a range of exhibitions, and founded museums. That’s why Ukrainian centers for revival of traditional folk embroidery have been established in those times. Moreover, the centers have involved Avant-Garde artists, who were creating sketches for further use by folk masters.

Beginning of XX century. The idea to combine novel art style called SUPREMATISM (lat. Supremus) with folk handicraft has been unprecedented in the world art. It was the first time, when this experiment has been implemented in Verbivka village by Ukrainian folk masters and professional artists of Avant-Garde. The term SUPREMATISM was first established by Kazimir Malevich for description of his abstract compositions presented at the exhibition “0.10” in December, 1915, where his Black Square was first shown

It’s well established fact that Kazimir Malevich has created sketches for embroidery. Among evidences is a photo shot by American publicist Oliver Sayler, which depicts a pillow with embroidery of suprematism composition in silk threads. According to opinion of scientific experts of our project and world renowned researchers, this embroidery piece has been made after the sketch of the world famous master. Malevich’s sketches drawn on paper are now also available among exhibits at our online museum. 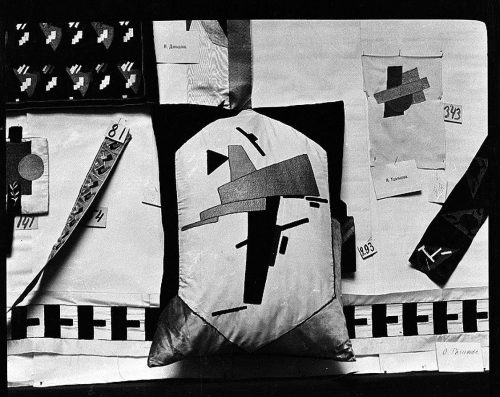 Catalogue from an exhibition held in 1915 is one more convincing proof. It contains a list of emoroideries and embroidery decorated pieces, which have been created with participation of folk masters and professional artists, Kazimir Malevich one of them. This booklet is considered as confirmation of the exceptional experiment conducted in embroidery workshops in Ukrainian villages Verbivka and Skoptsy – a unique phenomenon of Ukraine and world culture.

Ukrainian folk masters helped experienced professional artists understand the profound folk culture and creativity. The pieces of art made by folk genii are endowed with wonderful, outstanding energy. They have also become the part of the online museum’s exhibition.

The fate of our museum’s exhibits are quite unusual. The original sketches and embroidery items were created at the beginning of 20th century to be appreciated delightfully by attendees of the most renowned art salons. Unfortunately, most part of the invaluable pieces of Avant-Garde Embroidery phenomenon has been lost during Bolshevik revolution in Russian empire. It’s a wonder that some of the sketches have been found afterwards. In the midst of sixties, the sketches in a wonderful way returned from Russia to Ukraine and had been kept unknown and unclaimed in depository of the soviet museum for decades. Rather recently they have been revealed and since the beginning of new century contemporary Ukrainian masters started recreating the embroideries after original sketches. 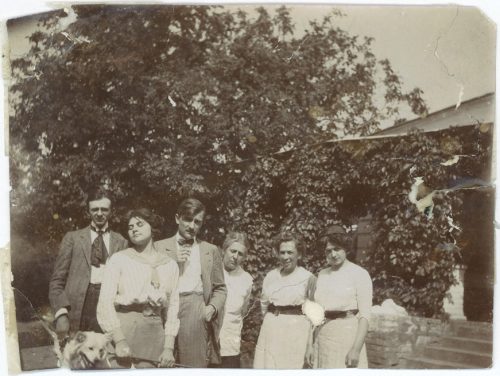 Also, little known is fact, that creative activities of renowned Polish composer Karol Szymanowski was closely connected to cultural environment in Verbivka, flourished under auspices by Natalia Davydova (countess, heir to an old Ukrainian family of Gudim-Levkoviches). It was there, in his family estate in Tymoshivka (5 kilometers from Verbivka), where the composer has written a great part of his music. It’s worth to mention, that this phenomenon of world significance has been created in multicultural environment, that combine Ukrainian, Polish, German, and Russian cultures. Local representatives of this cultural environment had the opportunity to live and learn in Paris, Berlin, Vienna, and other cultural capitals of Europe, share ideas with renowned artists and exhibit here their own creative collections. 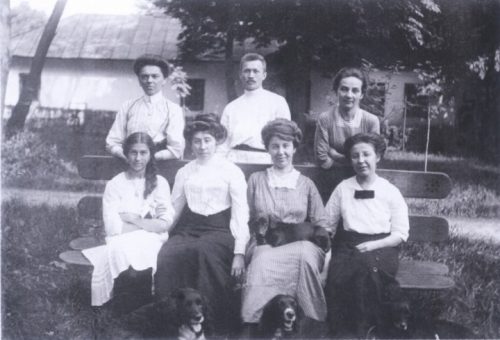 One more special modern embroidery workshop has been established in Skoptsy village. It was founded by Anastasiia Semihradova in 1910 in her countryside estate. The workshop gravitated into its orbit various artists, including modernists, cubists, suprematists: Olexandra Exter, Vadim Meller, Nina Henke-Meller, Natalia Davydova, Kazimir Malevich, Eugemia Spaska. Eugenia Prybylska, modernist artist who had been living many years and educated in Ukraine, has been appointed creative director of the workshop. It was she, who at the time of swiping Bolshevik revolution saved some of the works by Yevmen Pshechenko, Vasil Dovhoshiia, Hanna Sobachko-Shostak and transferred them to Moscow. Until recently, art experts were confident that all the works was lost in the turmoil of wars and revolutions in 1917-1945. Luckily, now they are kept in archives of National Museum of Ukrainian Folk Decorative Art. It was Eugenia Prybylska, who has succeeded in evacuation of outstanding Ukrainian embroidery and painting master Hanna Sobachko-Shostak. This way she saved her life at the time of Holodomor (artificial famine in Ukraine in 1931-1932). The destiny of other Ukrainian fork masters was tragic: Yevmen Pshechenko and Vasyl Dovhoshiia have died from Holodomor devised by soviet authorities.